I’m finding as I’m settling deeper into the crankiness of middle age, there are a number of phrases I’ve learned to really hate:

1. “Been there, done that.”  I get it; you’ve already finished raising your kids, planning your wedding, or writing your doctoral thesis.  It sucked when you did it, and it still sucks now. Maybe you should just say THAT.

2. “That’s why they make vanilla and chocolate.” Really? They make a lot more flavors than that.

3. “No offense.”  You should just say, “I’m sorry. I know I just said something offensive.”

5. “We won!” Allow me to clarify – this is a perfectly acceptable phrase when it comes from a child who just won a t-ball game. Or from a grown man named Manning. When you are sitting in the stands, watching your child, or drinking beer and eating peanuts at a Yankee game, YOU DID NOT WIN. In the eternal words of Jerry Seinfeld, “They won. You watched.”

6. “Literally.” I think we have a winner. Someone once told me, “That job was literally the death of me.” I didn’t respond, because I figured she wouldn’t hear me from the grave. Whatever.

7. “I’ll be out of pocket.” I think this is a cell phone derived phrase, but how about we just say we’re going to be unreachable or out of town. When people say this, I think the guy from the Lucky Charms box jumping out of their pocket. 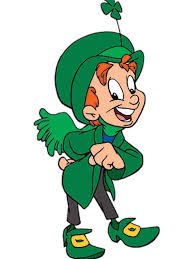 I hope you won’t say any of these things to me. That would be amazeballs.

One thought on “I really hate when you say that.”