I’ve got Michael home sick with me today.  I’m certainly not happy that he isn’t feeling well, but there’s something about taking care of a sick kid that touches the deepest part of my mommy-ness, and I have to admit – I kind of like it.

I realized this about myself when Dave and I were first married.  He got a bad case of the flu.  I SO wanted to take care of him – bring him soup and tea, take his temperature, worry and fix his blankets.  But unfortunately for me, all he wanted was to be left alone to be sick and sleep.  And I didn’t know what to do with myself.

Little did I know that just a few years later, I’d have plenty of opportunities to take care of little people who really couldn’t take care of themselves.  When Matthew was a baby, he seemed to catch everything that was going around.  Before he was a year old, he’d already had about a dozen colds, a handful of ear infections, coxsackie virus, and two pneumonias that landed him in the hospital.  Back then, I could barely keep up with it.  And it stinks to take care of someone who just cries, because they can’t tell you what’s wrong with them.  Until they throw up in your lap.  Then it becomes pretty clear. 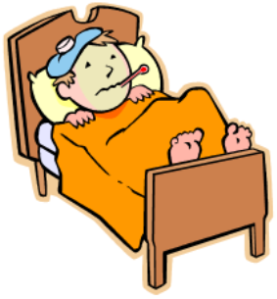 Fast forward a few years, and I’ve nursed my boys through colds, bronchitis, stomach bugs (those, frankly, I’d be happy to skip), asthma and more.  And they seem happy to have me bring them soup, take their temperature (usually with a kiss on the forehead, which I believe is nearly as accurate as a thermometer), worry, and fix their blankets.

I’m taking Michael to the doctor in about half an hour.  Right now, he’s tucked into a blanket on the couch, eating a waffle and watching TV.  He asked if when we get back from the doctor, if we can “snuggle on the couch and watch a movie.”